As a classically trained concert flutist, ethnic woodwind instrumentalist and freelance session musician I have a wide range of techniques and abilities with which I am comfortable playing and recording in styles from classical through many world music genres, extended techniques and improvisation.

I am regularly recording at Synchronstage studio in Vienna, where I participate in film scores for Hollywood movies, Netflix, BBC, Sony amongst others.

I offer recordings of the following instruments 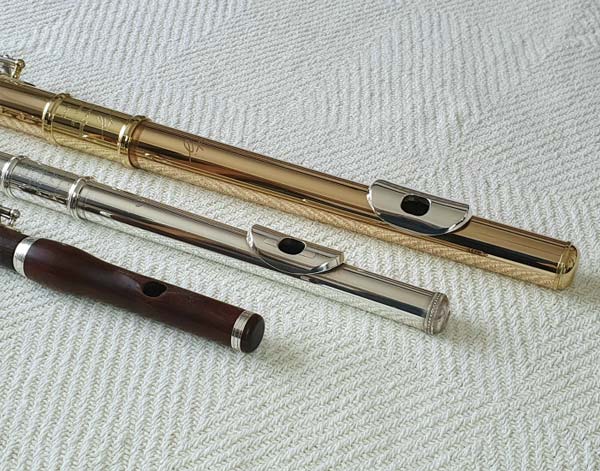 The Western concert flute is a family of transverse side-blown woodwind instruments made... of metal or wood. It is the most common variant of the flute. The concert flute in C, the piccolo (plays an octave higher than the regular treble flute.) And the lower member of the flute family is the alto flute in G. 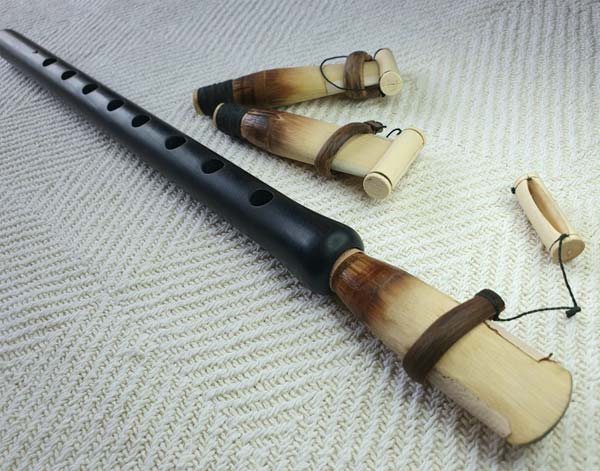 The duduk which means “apricot-made wind instrument”, is an ancient ... Armenian double reed woodwind instrument made of apricot wood. It is indigenous to Armenia. 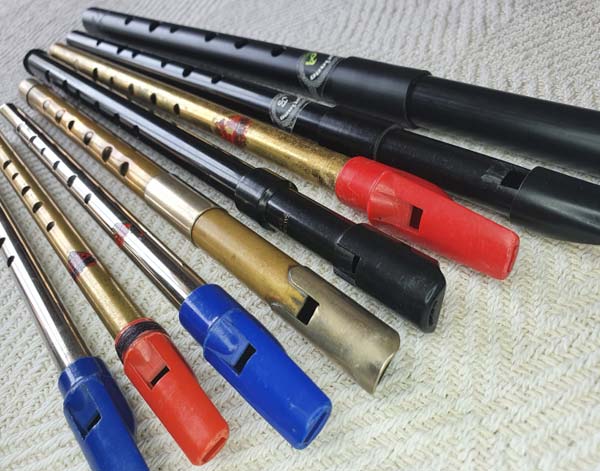 The tin whistle, also called the penny whistle, is a simple, six-holed woodwind instrument.... It is a type of fipple flute, putting it in the same class as the recorder, native american flute, and other woodwind instruments that meet such criteria. 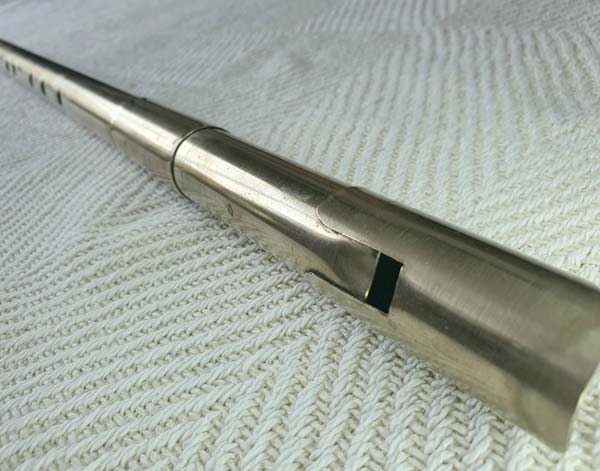 The irish low whistle, or concert whistle, is a variation of the traditional tin ... whistle/pennywhistle, distinguished by its lower pitch and larger size. The expression "Irish low whistle" is not denoting an Irish origin, but just an intensive use of this instrument in Ireland and, because of cultural similarity, in the whole British isles. 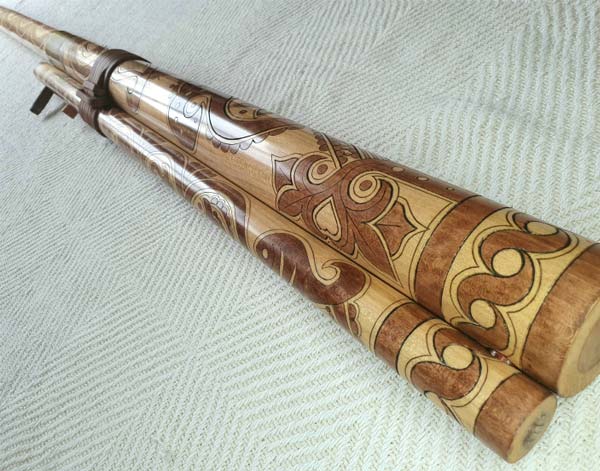 The fujara, also known as the ''queen'' of Slovak folk instruments, is an overtone ... flute from central Slovakia played originally by shepherds. 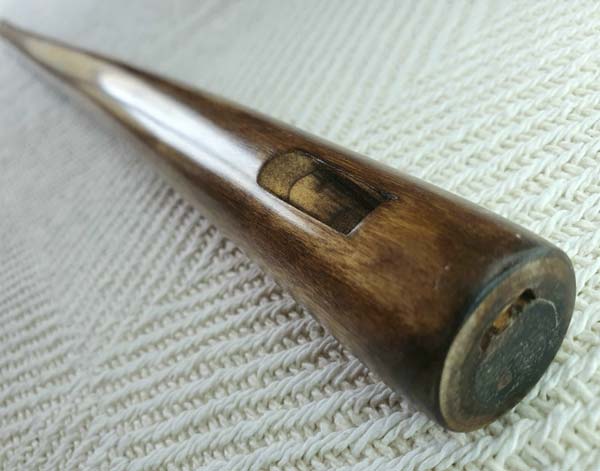 The koncovka is a slovak overtone fipple flute traditionally played by... shepherds throughout the Carpathian Mountain region of Slovakia. 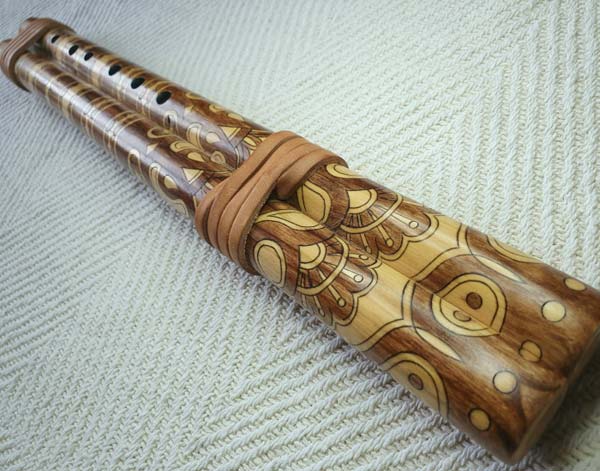 The dvojačka, also dvojačky, dvojanka is a double shepherd flute from Slovakia, it is a... combination of a 6-hole shepherd’s flute with an overtone flute. A player blows simultaneously to both pipes, one of them having a function of a melodic pipe, the other playing a constant drone. 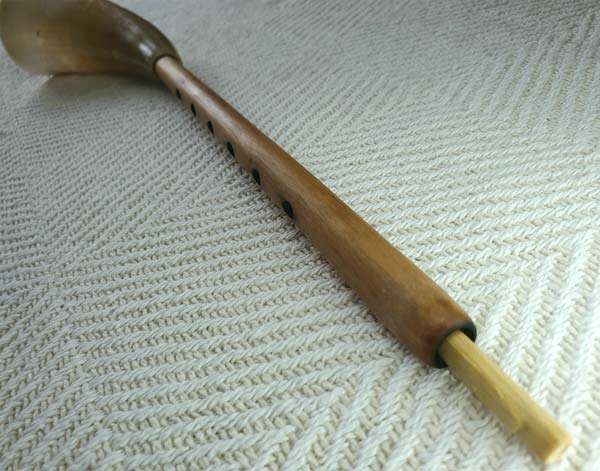 Gajdica is an archaic instrument, which was preserved in Lipany, a village ... in rural countryside of Saris region (Slovakia). It consists of a wooden pipe with a cowhorn bell at the lower end.

Is an end-blown flute that figures prominently in Middle Eastern music. In some of ... these musical traditions, it is the only wind instrument used. The ney has been played continually for 4,500–5,000 years making it one of the oldest musical instruments still in use. 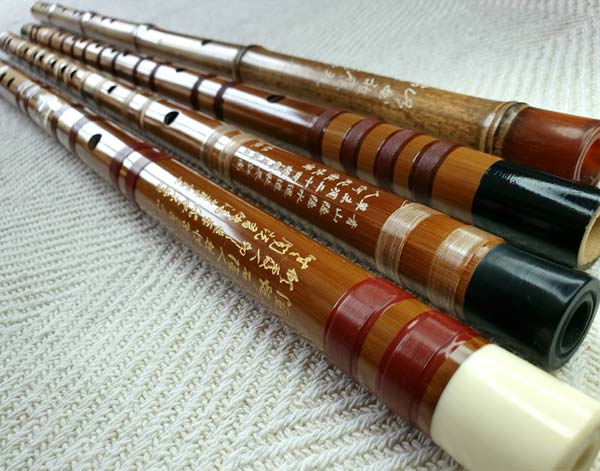 The dizi (笛子) a chinese bamboo flute is one of the most popular instruments in ... traditional chinese music. 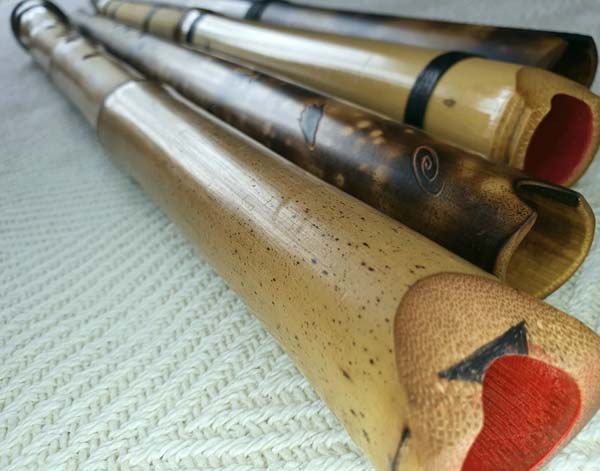 The shakuhachi (Japanese: 尺八) is a Japanese and ancient Chinese longitudinal, ... end-blown flute that is made of bamboo. It is derived from the Chinese bamboo-flute. The bamboo-flute first came to Japan from China during the 7th century. 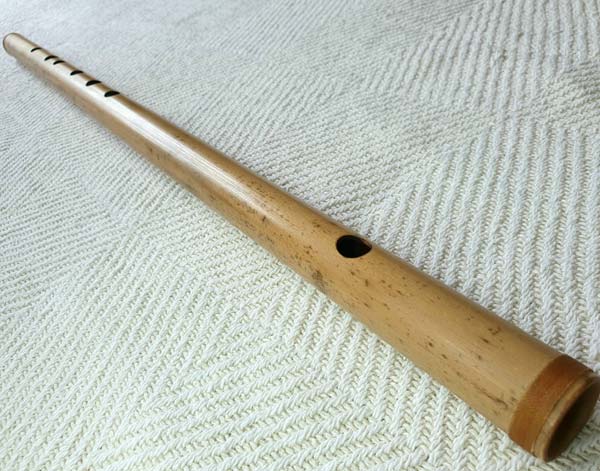 A bansuri is a side blown bamboo flute originating from the Indian subcontinent. ... The word bansuri originates in the bans (स) [bamboo] + sur (सुर) [melody]. 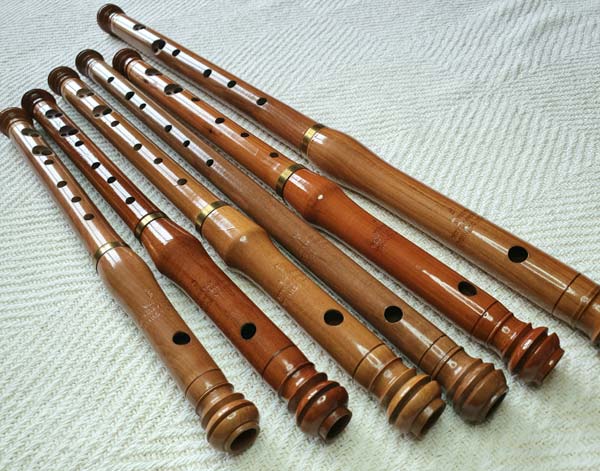 Schwegel, from Old High German suegala, “shin bone ” (also called fife) has been a ... simple form of a longitudinal flute or transverse flute since the Middle Ages. It was used in some folk music traditions to accompany dancing by all social classes. 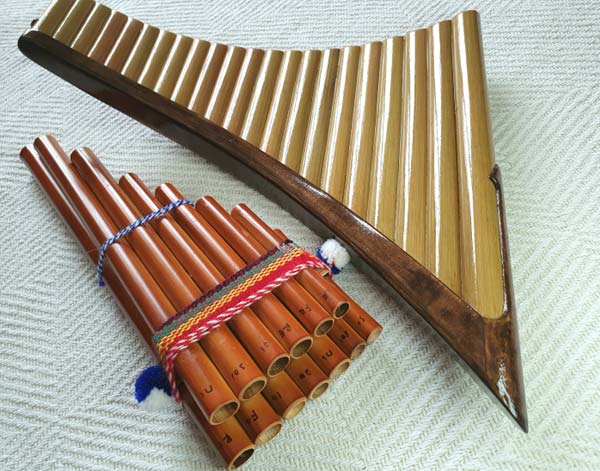 A pan flute (also known as panpipes or syrinx) is a musical instrument based on the... principle of the closed tube, consisting of multiple pipes of gradually increasing length (and occasionally girth).

Mohoceño, moceño, moxeño, moheño, is found in the region of Canton Mohosa in Bolivia.... principle of the closed tube, consisting of multiple pipes of gradually increasing length (and occasionally girth). 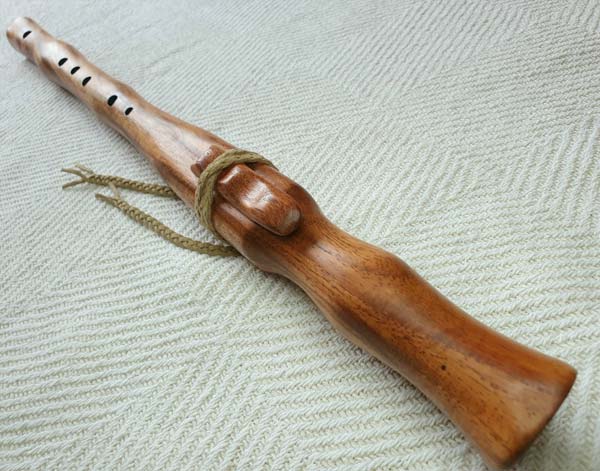 The Native American flute (also called a love flute) is a flute that is haeld in front of the player,... has open finger holes, and has two chambers: one for collecting the breath of the player and a second chamber which creates sound. The player breathes into one end of the flute without the need for an embouchure. From the earliest days until the present time, the indigenous people of North America have incorporated music into their spirituality, celebrations, and everyday lives. 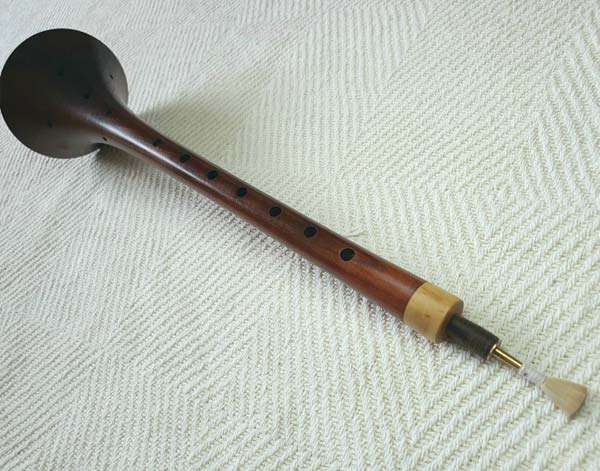 Zurna is a widely used instrument in Turkey as well as in West and Central Asia, ... South-Eastern Europe and North Africa under very similar names like sorna, surnay, zurla etc. It is a double-reed woodwind instrument which has a very bright, high frequency sound. 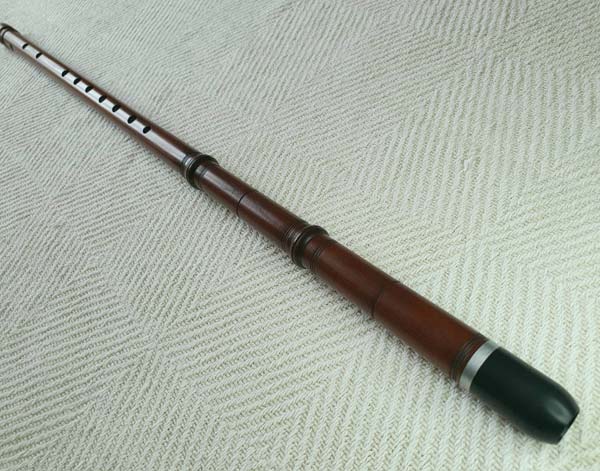 The Kaval is an end-blown flute and it’s one of the oldest folk instruments in Europe, ... that’s why its exact origins are not known. It is known, though, that its predecessors are the Egyptian, Syrian and later Greek wind instruments. The word ‘kaval’ itself comes from Turkish and it means “pipe”. Different variations of the instrument exist in the Balkans, Armenia, Turkey and the Middle East. The kaval is primarily associated with mountain shepherds.Unlike the transverse flute, the kaval is fully open at both ends, and is played by blowing on the sharpened edge of one end. 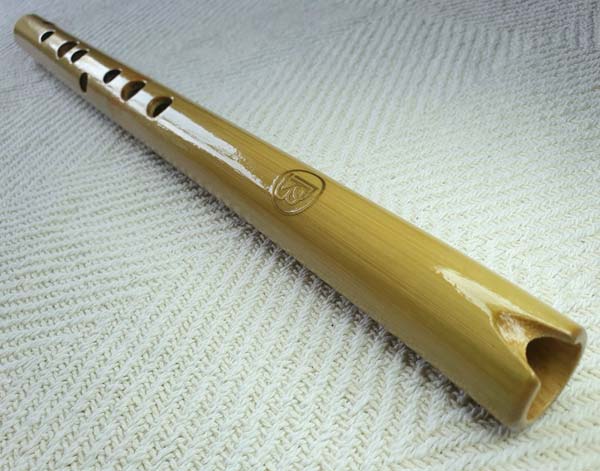 This instrument Andean found pottery and bone in archaeological samples ... in the region of Nazca (Peru) also found a large number of ancient paintings that record this instrument. This type of instrument is common to primitive cultures Andean often associated with fertility rituals of resurrection and life. The quena, also written as "kena" in English, is the traditional flute of Peru and the Andes. Made of bamboo, it has six finger holes and one thumb hole and is open on both ends. To produce sound, the player closes the top end of the pipe with the flesh between the chin and lower lip, and blows a stream of air downward, along the axis of the pipe, over an elliptical notch cut into the end. 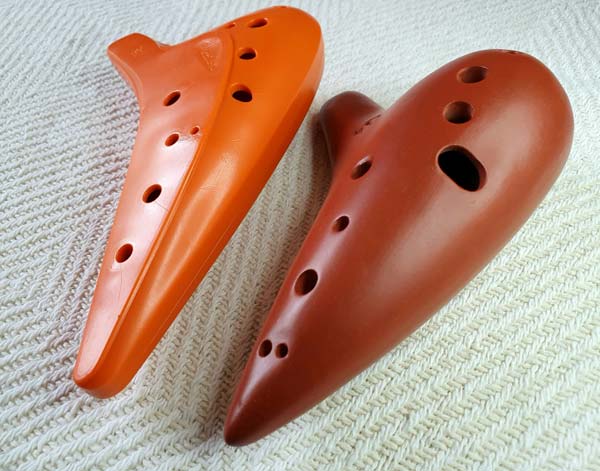 The ocarina belongs to a very old family of instruments, believed to date back over ... 12,000 years. Ocarina-type instruments have been of particular importance in Chinese and Mesoamerican cultures. Different expeditions to Mesoamerica resulted in the introduction of the ocarina to the courts of Europe. The modern European ocarina dates back to the 19th century. 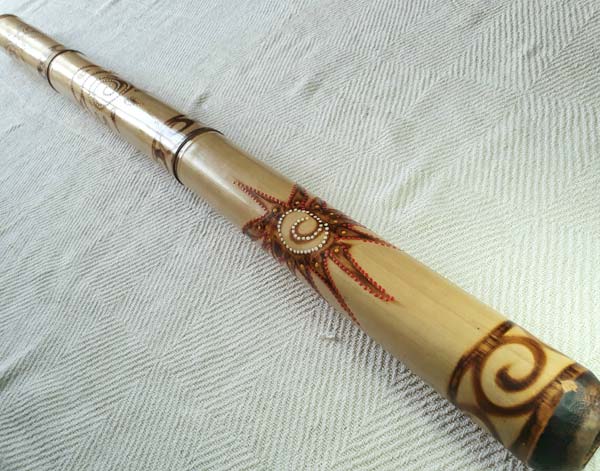 The didgeridoo is a wind instrument, developed by Aboriginal peoples of ... northern Australia at least 1,500 years ago, played with continuously vibrating lips to produce a continuous drone while using a special breathing technique called circular breathing.